Cataract Removal Surgery in a Nutshell

Cataract removal surgery is one of the most commonly performed surgeries in Canada. The purpose of the surgery is to remove – yep you guessed it – cataracts.
A cataract is a clouding of the eye’s natural lens. They are the most common cause of vision loss in people over the age of 40, and are the principal cause of blindness in the world.1

To begin the surgery, two very small incisions are made in the cornea. The cornea is a small transparent dome-shaped tissue that covers the front part of our eyes.
In order for our eye to maintain its shape during the surgery, a thick glue-like material is injected into the front. Due to how thick this material is, it does not leak from the incisions during surgery. The remainder of the surgery can be performed one of two ways: phacoemulsification or femtosecond laser.

The lens is separated from the lens capsule following the surgeon creating an opening in it. Once the lens is able to move freely, a special ultrasound device breaks the lens into tiny pieces which are then sucked out of the eye.
This process is called phacoemulsification. Before this technology existed, the lens had to be removed in one solid piece through a much larger incision.
Following the removal of the lens, the same glue-like material is now injected into the capsule area to hold it open while an artificial lens is inserted into place. The material is then removed, and the incisions will self-seal without the need of stitches.

In 2008, the first laser-assisted cataract removal surgery was performed. Still following the process of phacoemulsification, femtosecond lasers are used to assist in the removal of the cataract.
The lasers are used to perform three tasks:

The laser is used as it allows for much greater precision compared to being manually performed by a surgeon. The laser may also be used to make incisions for treatment of certain types of astigmatism.

Due to the removal of the lens during cataract removal surgery, an artificial one must take its place in order to maintain the eye’s ability to focus light and images on the retina. This artificial lens is called an intraocular lens.
Before artificial lenses were developed, surgeons used hard contact lenses or very thick eyeglasses to correct vision after cataract surgery.
Artificial lenses come in many different types and include:

Multifocal Lenses. Unlike monofocal, multifocal lenses provide more than one type of focused vision. Therefore, they can provide both distant and near vision correction. 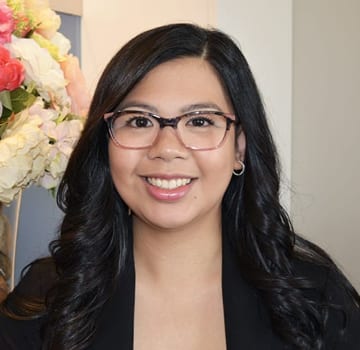 Dr. Jennifer Sanchez was born and raised in Calgary, Alberta. She completed her Bachelor of Science Degree in Biological Sciences at the University of Calgary and Doctor of Optometry Degree, with honours, at Southern California College of Optometry. Dr. Sanchez worked alongside optometrists at American Veteran Affairs Hospitals and Indian Health Services and practiced co-management with ophthalmologists specializing in refractive and cataract surgery through a clinical externship.